To think about Keith Hufnagel is to understand possibilities. Hufnagel opened up lanes with casual confidence, not declarations or plans, and his contributions to skateboarding and streetwear culture changed their entire landscapes. He quietly transformed both by molding them into visions closer to his own interests and tastes, and that internal compass carried effortlessly across his skating, brand-building, and friendships.

Keith Hufnagel died on September 24. He was 46 years old. In a statement, his brand Huf said he had fought brain cancer for two and a half years.

Born in New York City in 1974, Hufnagel grew up in Stuyvesant Town–Peter Cooper Village. He’s mentioned always having a skateboard around his house, but it was learning to ollie in his early teens that set him off exploring the plazas, corridors, and dead-end streets of Manhattan. Eventually, he’d become a local at the Brooklyn Banks, which acted as a de facto enclave for skateboarders in the Tri-State area and beyond.

“There was just an energy in New York back then around skateboarding,” Hufnagel told the Chrome Ball Incident in 2018. “I think because we had so many spots in Midtown, as well as the Brooklyn Banks, people from all over would not only come to skate but also hang out.”

It was beneath the Brooklyn Bridge that a pivotal group of East Coast skateboarders, including Hufnagel, Gino Iannucci, Chris Keeffe, Jon Buscemi, and many others, commingled and later turned their tastes, styles, and attitude into transformative brands and movements. The spirit of early ’90s New York culture was more than skateboarding hardgoods, opening shops, or starting clothing companies. It became the DNA of a global lifestyle that Hufnagel embodied without having to sell, market, or promote it.

What was happening at the Banks and all over a then-less dense Downtown and Midtown Manhattan was raw but also refined. Compared to the surf-punk-influenced skating and garish fashion of 1980s California, New York skating was raw in the way that hip-hop or jazz was direct and improvisational. It was driven by emotion and determination, but never acknowledged either outright because… that just wouldn’t be cool. Playing it close to the vest is New York cool, and Hufnagel’s approach to skating felt like an improvisational bullet, darting with grace before maximum impact. As his skating rapidly progressed in the early ’90s, Hufnagel shined by being stripped down and lean, letting essence and determination lead, his fluid style his trademark. Describing that approach is difficult because, for Hufnagel, it was automatic—you use everything around you and personalize it. So whether it was how he snapped an ollie or how he opened up lanes in fashion, it was personal, simply because it was Huf.

Whether it was how he snapped an ollie or how he opened up lanes in fashion, it was personal, simply because it was Huf.

In 1992, Hufnagel left New York City for San Francisco, a move that coincided with a shift in the industry from its Southern California epicenter. Along with other East Coast transplants, Hufnagel moved to San Francisco to be closer to skateboarding’s progression and pursue a professional career after briefly attending college there. While many rarely ventured outside of Justin Herman Plaza, aka Embarcadero, the heart of skateboarding at the time, Hufnagel skated the entire city as if it were a mini-New York, pushing through the streets relentlessly and logging groundbreaking footage at now-legendary spots.

“We were stoked on [the hills],” something New York City didn’t have, Hufnagel said in a 2014 interview with RIDE Channel. “We just charged and figured it out pretty fast.”

At its core, skateboarding is about style: what tricks you do, how you look when you do them, where you do them, and even what you wear when you do them. Hufnagel put all of these together in timeless video parts for Real Skateboards, his board sponsor of more than 25 years, and FTC, the skate shop in San Francisco that adopted him. There’s a madness wired into skateboarding that makes you particular about how your shoes are laced or how your bolts are tightened. It’s been said that Hufnagel’s particular madness was germane to his success. As a curator, Hufnagel brought his personality into things in a way that resonated with skateboarding, whether through admiration or aspiration.

In 2002, that natural impulse led to a namesake brick-and-mortar store in San Francisco, opened explicitly to enhance the community and give a platform to brands he admired, many of which he discovered while traveling throughout Europe and Asia on skateboarding tours. Huf storefronts eventually expanded worldwide, with several locations in Japan, and others in California, Texas, and New York. Though he never skated for Nike SB, his store in the Tenderloin became infamous for its sneaker drops, and his collaborations with the brand became both grails and keystones in sneaker culture, with classic silhouettes like the SB Dunk High “Tie Dye” and the “Hufquake” Air Max 1. He was one of the first pro skaters to introduce a running model with his name on it via DVS, his longtime shoe sponsor, an homage to his passion for footwear, which began when he was a teen in New York City.

By 2007, the Huf store had manifested into a lifestyle brand Hufnagel described in the Epicly Later’d docuseries as “an entire culture larger than skateboarding.”

“You don’t want to just be one thing,” he said to Acclaim 2014. “I am more than that, personally. Yeah, I skateboard, but I’m into streetwear. I love music, I love art. I love the culture.”

Part of that identity translated to Huf’s “Dirtbag Crew,” a phrase that appeared across its collections, celebrating cheap beer, psychedelics, ’80s BMX culture, and a “Fuck It” attitude, as embodied by a sculpture of a middle finger designed by Japanese artist Haroshi that shouted the brand’s manifesto in its Los Angeles storefront.

“‘Fuck It’ was more of an attitude thing,” Hufnagel told GOAT this year. “Basically, it’s part of the company’s DNA. Skateboarders have more of a ‘fuck it’ attitude—like, we don’t give a shit. We don’t care.”

When that “Fuck It” piece was destroyed in the looting following George Floyd’s death, Huf was quick to release a charity T-shirt to benefit Black Lives Matter, symbolically sending a bigger “fuck you” to those seeking to divide the culture he was immersed in and fostered. Though Huf ceased production of footwear in 2019 to focus on collaborations with larger footwear brands, Hufnagel’s company was responsible for silhouettes like the Classic, which seemed inescapable in the early 2010s, and the late Dylan Rieder’s popular and divisive signature model. His recent collaborations included an Adidas ZX 8000 created in conjunction with Metropolitan, a niche ’90s wheel and clothing company he resurrected in 2017 as a passion project he described last year to Highsnobiety as his “fun little garage brand.”

From the days of the golden bowl cut he notoriously rocked early in his career to seeing a 90-percent stake in Huf sold for $63 million, Keith Hufnagel remained the same person. Many are described as humble, but Hufnagel embodied that tenet by keeping his smile in front of his successes. He was a pioneer in skateboarding, he was an entrepreneur, he was a leader. But most of all, he was a champion of culture and used his platform to inspire everyone in his orbit. As with his skating, he did it with unmistakable style and an energy that encapsulated the euphoria of everyone’s first ollie… even those who never picked up a board.

Take Up to 70% Off Fashion Deals

Sun Sep 27 , 2020
There are tons of deals on the Amazon Big Fall Sale. Amazon’s Big Fall Sale kicked off secretly and without any promotion. Amazon will continue to drop all the way up to 70% off daily deals, with a focus on fashion, lifestyle, back-to-school and home products. Although Amazon Prime Day […] 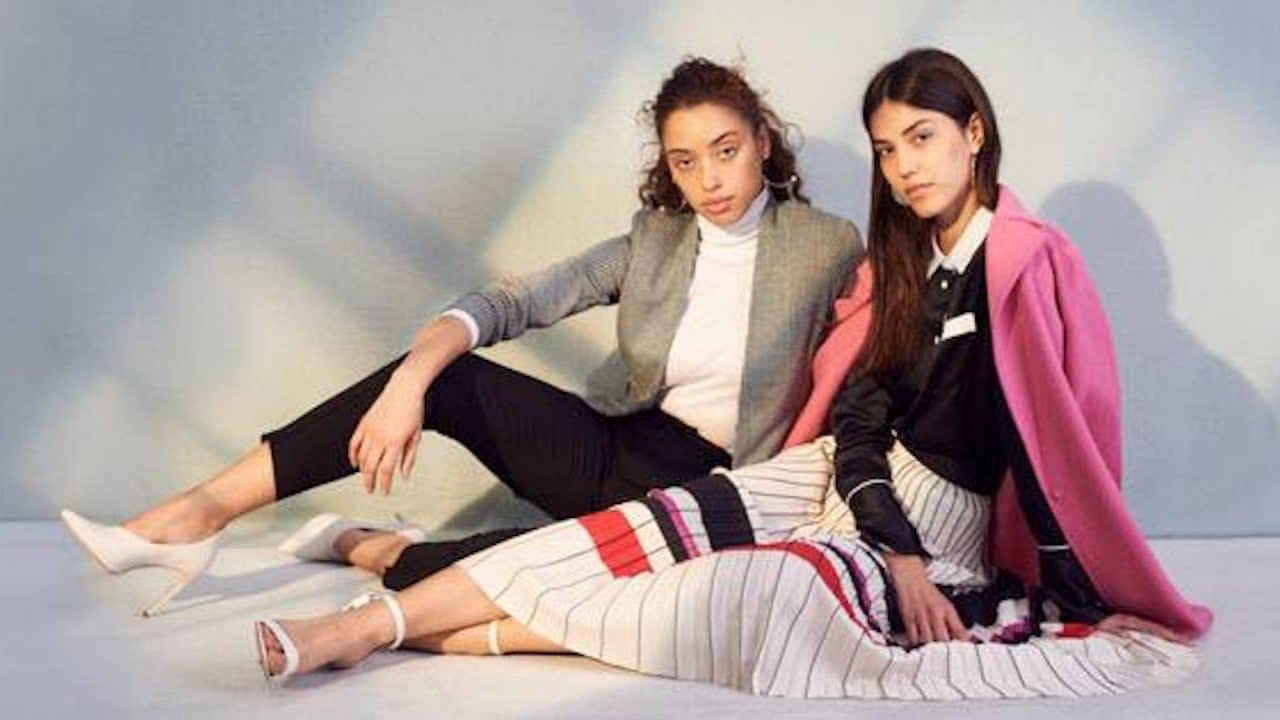