Some people are expecting a big weekend for Rockford-area track and field stars as they get set to show off their skills in the Illinois High School Association state meet on the big blue track of Eastern Illinois University.

“The sky’s the limit,” Harlem’s 23rd-year throws coach Lyle Rich said of his discus thrower and shot putter Riley Lundgren, who qualified for state in both. “I’ve got a feeling we’re going to see some good performances from our local kids this weekend.”

Lundgren has a shot at two state medals in Class 3A this weekend, while East sophomore Javius Catlin will be looking to pull off the difficult feat of medaling in four events in 3A. But he’s going to need either his best ever, or some help, in each one. The top 12 in each field event and the top nine in the running events advance out of the preliminaries and into the finals, where the top nine earn medals.

Lundgren has the fifth seed in the shot put and the 18th in discus. Catlin has the 13th seed, and is also the second leg of East’s 4×100-meter relay squad, joined by Deterrace Dotson, Jeremiah Crawford and Marquez Gray, and they have the 19th fastest 3A time out of sectionals. The same crew is seeded 22nd in the 4×200 relay as they prepare for the season finale, with Catlin running the first leg, and East’s 4×400 relay corps of Trenton Lewis, Leo Beuno, Miles Lang and Catlin as the anchor are seeded 19th.

“Javius is one of those kids that just wants to win, and he just wants to help his team win; that’s it,” East coach Anthony Wilson said. “I think we’re going to bring home some medals.”

Here are the top area athletes to watch headed in:

Class 1A stars to watch

Rockford Christian’s Bjorn Carlson has the best individual seed from the area, heading in at No. 2 in the 400 with a time of 50.23, but some of the area’s top sprint relay teams are looking good headed into state, as well.

Then there are the locals looking for two individual medals as well.

Weston Forward is seeded ninth in the 3200 run with a mark of 9:54.80, and he’s  the 32nd seed in the 1600 run with a sectional time of 4:42.93, with more to give. A trio of Durand/Pecatonica boys soared to state in dramatic fashion, led by senior Grant Milbrath who made it in both shot put and discus. He didn’t throw during the last week of the regular season or in the conference meet due to a sore hand, but he shined at sectionals. His senior teammate Jake Anderson looked strong in discus, and then Milbrath’s sophomore brother Max Milbrath is in the triple jump.

Grant Milbrath is undefeated in the shot put this season, and rolled right in, and is seeded ninth just in front of Le-Win’s Gage Dunker. The other two from Du/Pec made it to state in dramatic fashion as well: Anderson advanced on distance on his final throw at sectionals, while Max Milbrath also made it to state on distance on his final leap of sectionals. Grant and Max’s older brother Miles Milbrath took fourth in the triple jump at state last year.

“Every student athlete who competed fought hard and left it all out there,” Du/Pec coach Marty Contreras said. “Now our boys will be bringing home some hardware from next week’s state meet.”

Class 2A stars to watch

Boylan sophomore Rasheed Johnson soared to a time of 10.94 at last week’s sectionals and not only advanced to the Class 2A state track and field meet, but advanced in style. He won the sectional title, is seeded sixth in the field, and has the 13th fastest 2A time of the year, according to athletic.net.

“Everybody has been working toward this moment right here,” said Freeport’s Bayley Pierce, who heads into state with two shots at a title. “It all comes down to one meet, the state meet, now. I’ll be ready.”

Preseason’s best: Top 12 boys track and field stars to watch this season in the Rockford area

Rochelle’s Zach Sanford takes the 18th seed into the 2A state shot put event after chalking up a 48-6 at sectionals, but he threw over 50 feet the week before, which has him ranked 11th in the state in 2A.

Class 3A stars to watch

Catlin soared 22-7 1/2 at sectionals which has him seeded one spot out of the finals in the 3A long jump competition, but he’s gone 22-8 1/2 this season. He may need that again to get to Saturday.

The E-Rabs’ two sprint relay squads and the 4×400 relay crew, which is always the last event of the meet, will most likely need their season best times to reach Saturday’s finals, as well.

Lundgren, the Harlem senior who advanced to state in both the discus and the shot put, has been soaring up the discus standings late in the season. His throw of 174 feet, 3 inches at the May 13 NIC-10 championships is the sixth best of the season at the 3A level. His throw of 171-6 has him seeded fifth headed into state.

“The whole season has been geared toward getting to state, but now I’m just focused on winning it,” Lundgren said this week as he prepared for the season finale. “This is exactly how I wanted to end the season; this is just how I wanted to go out.”

It’s even more impressive in the shot put, where three NIC-10 throwers are in the mix after a powerful sectional showing led by Harlem junior KeShawn Harrington-McKinney. He threw a 54-6, a personal best of more than 4 feet, and is seeded 13th. Lundgren is seeded 18th in the shot with a throw of 54-1. Hononegah junior Jacob Klink has the 14th-best 3A shot put toss of the season at 55-5 earlier this month, but his sectional best of 54-0 has him behind the Harlem pair, seeded 19th.

Jefferson sophomore Chauncey Jackson takes the 19th seed into state in the 3A triple jump after his sectional flight of 43-0. He had a 44-3 to win the NIC-10 title the week before. Belvidere North senior Tristen Powers will have one more chance to earn a state track and field medal as he heads into the 3A long jump comp seeded 28th at 21-5.

Jay Taft is a Rockford Register Star sports reporter. Email him at [email protected] and follow him on Twitter at @JayTaft. Sign up for the Rockford High School newsletter at rrstar.com.

This article originally appeared on Rockford Register Star: IHSA state track finals: Rockford-area athletes to watch in 1A, 2A, 3A 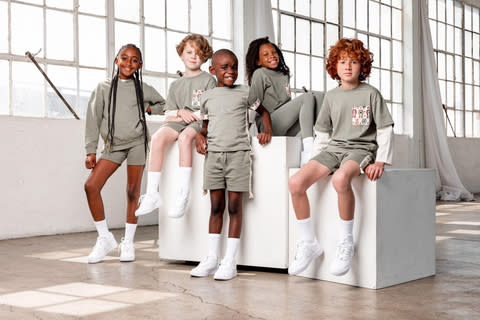